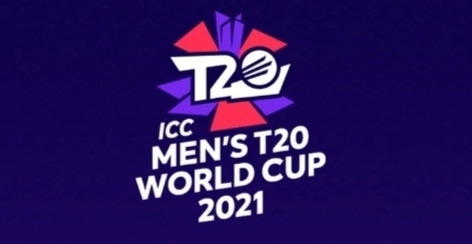 Australia have had horrors on recent tours and series, the batting just hasn’t been up to the mark in recent times, with the core group returning for the mega ICC tournament the experienced players will have to lift the group, take responsibility and start winning games to clear stains on Australia’s cricketing image.

Skipper Aaron Finch has had a knee surgery and will be fit days before the commencement of the T20 World Cup, with David Warner’s return to international duties Finch will feel more comfortable at the top, opening the innings. Uncapped power striker Josh Inglis too can be an option for the opening slot if required, his recent form has been fiery and can be the answer to Australia’s question.

Steve Smith too will be retuning from rehab, so his form remains a concern like several other Aussie men. Mitchell Marsh batting at no.3 has been a big positive for Australia, he’s been Australia’s leading run scorer in recent tours and has been named in the squad. A good headache for the selectors to pick one off Steve Smith and Mitchell Marsh, both being in the XI will cause no good to Australia as both are alike batters and the scoring rate can turn out to be a real concern. Glenn Maxwell, Marcus Stoinis, Matthew Wade and uncapped Josh Inglis are the middle order options for Australia, all power strikers.

Knowing what conditions to expect in UAE, Australia stick with 3 spinners in Adam Zampa, Mitchell Swepson and Ashton Agar. Glenn Maxwell too can spin a few if required, handy customer. So, that’s a good spin attack. Variety and experience in Australia’s pace bowling department is a strength with Mitchell Starc, Josh Hazelwood and Pat Cummins leading the Aussie pace attack. Kane Richardson could be a real positive for Australia in those UAE pitches with the variations he has and adds a variety in the mix. Nathan Ellis has been brilliant with the ball lately and has his name in the squad in the reserve category.

The all-rounders club Mitchell Marsh, Glenn Maxwell, Marcus Stoinis, Pat Cummins, Ashton Agar and Kane Richardson a lot will come down to these all-rounders of finishing games and how well they come with the ball managing their spells and middle overs. Reserve players, there’s Dan Christian and Daniel Sams again two who provide variety to the attack with experience.

Australia are placed in group 1, it’s called the group of death with England, West Indies and South Africa being a part of the group. Australia begin their T20 World Cup campaign taking on South Africa on the 23rd of October, they next take on A1 (team that qualifies from the Round 1) on 28th, a quick turnaround as they take on England on the 31st of October, next on 4th of November Australia play B2 (team that qualifiers from Round 1) and for their final group stage game Australia will meet ever threat West Indies on the 6th of November.

Many Australians named in the squad will be coming in from rest, injury or rehabs and a bit of IPL squeezing Australia’s preparation camp to 8 days, the Aussie men won’t be a lot in touch and their chances of battling the group stage to make it to the top 4 aren’t too good or certain. The batting has to click, big runs from multiples will be the need of the tournament for Australia to go through and get their hands on the trophy.

Won’t be a cake walk for Australia, being in group 1 but if they manage to battle the group stage making it to the top 4 then there will be no stopping for Australia because they know and are habituated of winning games on big days and stages and a possible title finish will be on cards.